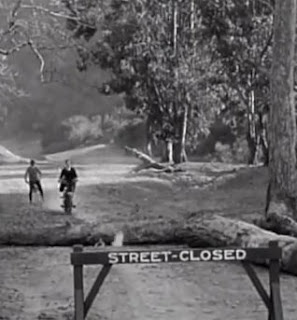 With 16 essays out of the promised 21 completed, I’m quitting the animation series.  My heart isn’t in it.  It’s not what I want to be doing at this blog.

So I’ve been taking a little time off as I consider where I want to take 21 Essays in 2013.  I think I have some good ideas.

From the start, I’ve pictured 21 Essays as a place where I could write in-depth on very focused topics—specific movies, books, poems, paintings, and music that mean a lot to me.  Unfortunately, the format that I adopted for the animation series never allowed for that approach.  I found myself writing a paragraph apiece on three animated shorts, when what I really wanted was to write a full essay series for each of them.  That’s what this blog was supposed to be about.

Nevertheless, I think this has been a very good first year for 21 Essays.  I loved creating the 15 essays on King Kong, the 12 essays on “In the Bleak Midwinter,” the 15 essays on Duck Dodgers, and the 6 essays on Blackmail.  That’s the kind of work that I want to be doing.

So I’m going to be making some changes on this site, doing a little tinkering.  I think I’ve got a blog that has promise…  and I’m hoping that it will more consistently deliver on that promise in the coming year.