A Dearth of Good Men

Proud to participate in “The Maddin-est Blogathon in the World!” (September 19 - 23), a tribute to Guy Maddin courtesy of the folks at Fandor.

Maddin blogging, essay 2 of 3:
﻿
When you consider her romantic options, it’s no wonder that Anna, the heroine and world-savior of The Heart of ﻿the World, finally chooses to take a one-way trip to the earth’s core.  Anna is a
very attractive woman in a stylishly helmeted, 1920-ish sort of way, particularly notable for the constant aura that emanates from her.  She’s a soft-focus science-wielding princess, and it’s probably the princess aspect of her nature that forces her to engage with the narrative’s would-be prince charmings.  They’re a singularly charmless lot.  She should stick to science.

Visually, Anna draws from both the early Soviet science fiction movie Aelita and Fritz Lang’s silent epic Metropolis.  She’s a more independent 21st century model of the “good” Maria, the Metropolis schoolteacher who holds the solution to all capitalist/labor problems.  (Economic SPOILER:  The solution is:  “There can be no understanding between the hand and the brain unless the heart acts as mediator.”)  Just like Maria, it falls to Anna to find heart-based solutions to civilization-threatening problems. 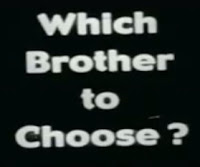 Why does she need any of these guys?  For some reason, she thinks she has to choose one of them.  This leads to my favorite ½-second comic bit in the entire 6 minutes—when her eyes dart wildly back and forth between Nicolai and Osip.  It’s an amazing ocular performance.

Nicolai:  According to an intertitle, he’s

both a youth and a mortician, raising the question of whether he’s really old enough to be a properly degreed mortician.  We get a closeup of him, followed by a glimpse of an autopsy, and then of Nicolai with coffins in a sequence clearly modeled on Nosferatu, the great silent vampire movie.  As the plot speeds ahead, Nicolai begins obsessing on cannons and other phallic objects.  I don’t think he’s right for Anna.

Osip:  The intertitle claims that Osip is an actor preparing to play Jesus in a passion play, but he really looks more like Ivan the Terrible.  Apparently a method actor, Ossig never departs from his manic, impassioned Jesus/Ivan persona.  I think Anna should stay far away from him.

The Dark Horse:  This would be Akmatov the Industrialist, whose offer of money bags appears to be accepted by Anna.  As he’s introduced, he’s visually linked to both Dr. Caligari and the evil capitalists that Eisenstein caricatured in Strike.  He’s overweight, smug, and smokes a cigar.  And for whatever reason, he’s Anna’s dark horse choice.  She even allows him a moment of bliss before her shadow expressionistically strangles him.

Ultimately, there is no good choice for Anna.  All three suitors are creeps.  It’s a relief when the romantic triangle plot collapses and Anna gets back to her real job of saving the world.  Incidentally, The Heart of the World ends the way that I secretly wanted Pandora’s Box (1929) to end.  In my ideal world, we’d be treated to Lulu’s shadow strangling Jack the Ripper’s shadow, followed by Louise Brooks daring flight down the giant slide to the earth’s center to achieve her destiny providing the flapper pulse at the heart of the world.

Email ThisBlogThis!Share to TwitterShare to FacebookShare to Pinterest
Labels: 2000, Guy Maddin, The Heart of the World