First Men in the Moon: Cavor in Quarantine 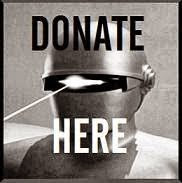 Part One: A Person Can Develop a Cold

Because Cupid in Quarantine (1918) is a comedy based on turn-of-the-century scientific ideas concerning disease, the For the Love of Film leaders (Ferdy on Films, This Island Rod, and Wonders in the Dark) have adopted a science fiction theme for this blogathon.

And my choice for blogging subject is First Men in the Moon (1964), a delightful science fiction film from 1964 that cleverly incorporates a disease subplot.  In the film, the brilliant scientist Joseph Cavor is plagued by a cold and—as any War of the Worlds fan can tell you—aliens are very sensitive to Earth viruses.

As the 1953 version of The War of the Worlds explained:

“After all that men could do had failed, the Martians were destroyed and humanity was saved by the littlest things, which God, in His wisdom, had put upon this earth.”


Absent from the original H. G. Wells science fiction novel, the viral subplot in First Men in the Moon was added by the script’s co-author Nigel Kneale (1922-2006).  Kneale was one of the most intelligent screenwriters to ever contribute to the cinema of the fantastic.  As President John F. Kennedy had vowed that America would land a man on the moon before the end of the decade, Kneale decided that he needed a Wells-ian plot twist to wipe out the moon’s alien civilization before the official astronauts arrived.  He borrowed the virus from The War of the World and released it on the moon.

In addition to the disease angle, I also liked that First Men in the Moon was a period movie, taking place in England in 1899, a mere 19 years before Cupid in Quarantine was filmed in Hollywood. Movies were still in their infancy in 1899—there’s a good chance that the two male protagonists of First Men in the Moon, Arnold Bedford and Joseph Cavor, have never even seen a movie.  But Bedford lives to see the world’s first moon landing and so in his lifetime he would have witnessed the development of movies from early single reelers (like Cupid in Quarantine!) to the age of cinemascope, color, and Dynamation!

Dynamation was the term coined for the animation work of brilliant special effects technician Ray Harryhausen (1920-2013), who brought dinosaurs and mythical creatures to life in movies like The Beast from 20,000 Fathoms, The Seventh Voyage of Sinbad, Jason and the Argonauts, and One Million Years B.C.  In addition to leading the visual effects team on First Men in the Moon, Harryhausen served as Associate Producer.  Ray Harryhausen is revered by monster kids like me who grew up in the 1960s.  It’s an honor to pay tribute to one of his best movies.

Every lost film is a reminder of the fragility of our film culture.

As with early film, the vast majority of the shows produced in television’s first years have been lost.  Nigel Kneale, co-screenwriter of First Men in the Moon, was an enormously important and influential writer in the new medium of dramatic television in the 1950s.  Unfortunately, much of his work has not survived.

Perhaps most famous for his Quatermass science fiction series (the third of which was the remarkable Quatermass and the Pit), Nigel Kneale joined BBC Television in 1951, becoming one of the station’s first writers.

When the BBC faced a shortage of new material in summer 1953, Kneale offered to write a science fiction serial.  The result, The Quatermass Experiment, galvanized England and racked up extremely impressive ratings.  Neale became pegged as a master of the offbeat and macabre. For the following thirty years, he moved back and forth between TV and the movies, venturing into numerous genres while always remaining true to his own quirky interests and obsessions.

But even nationwide acclaim was not enough to guarantee that his work would be saved for posterity in those early throw-away days of television.  Here are just a few of the many lost works of Nigel Kneale.

Arrow to the Heart (1951):  Kneale’s first dramatic adaptation for the BBC, it was broadcast live and never recorded.

Curtain Down (1953):  Years before launching his successful film direction career, Tony Richardson spent an unhappy apprenticeship directing TV shows for the BBC.  The one person he did like and respect at the studio was Kneale.  They collaborated on this now-lost adaptation of an Anton Chekhov story.  Later Richardson would pull Kneale away from his TV work to write the scripts for Look Back in Anger (1959) and The Entertainer (1960).

The Quatermass Experiment (1953):  The first two episodes of Kneale’s influential TV science fiction hit were recorded, but the network declined to preserve the subsequent four episodes.

Nineteen Eighty-Four (1954):  Starring a young Peter Cushing, Kneale’s 1954 adaptation of the George Orwell novel divided the critics but riveted the nation.  The live performance was repeated later in the same week, and the second broadcast was recorded and saved.  But, according to contemporary accounts, the first performance was the better of the two and it wasn’t preserved.

The Creature (1955):  Later remade by Hammer Films as The Abominable Snowman (1957), the original TV broadcast of this thoughtful drama of gentle, telepathic Yeti in the Himalayas was presented live and never recorded for posterity.

The Road (1963):  Acclaimed at its broadcast for its innovative mixing of science fiction and the paranormal, The Road appears to be a lost film.

The Year of the Sex Olympics (1968):  A black-and-white recording of this science fiction serial exists, but it’s considered to be a pale shadow of the original color version (which—granted—would have mainly played on black-and-white TV sets at the time).

The Chopper (1971):  Kneale played with the idea of inanimate objects becoming possessed by spirits long before Stephen King drove the idea to mass popularity.  In the now-lost The Chopper, a motorcycle harbors the ghost.

THIS IS SO DISCOURAGING!  ENOUGH LOST FILMS!!!

Now grab this opportunity to save a film by contributing to our effort to restore Cupid in Quarantine (1918)! 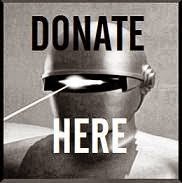